This will be primarily a picture dump with a bit of editorialising as things come to mind.

And to keep you out of your suspense... I came dead last!

For the serious Morat philosophers out there....

I don't think it was too bad a list actually.  I did quite well against light infantry armies- almost completely destroying the army that eventually placed 3rd- but I had a very difficult time against Tohaa and TAG stomp armies.

1) TOHAA
Against Tohaa- having played against them once at 150 points- I was utterly unprepared for their speed of movement and ability to deal damage in Turn 1.  I was alpha-striked (struck?) by a twin heavy flame thrower who dashed across the entirety of the board (and also backed up by an Ectros HMG).

The Tohaa player commented afterwards that he finds total reaction HMG remotes the most difficult unit to deal with.  The absence of which made his advance up the board almost completely unchecked.

The usual "Going Second" setup of hiding everything probably doesn't apply when playing against Tohaa.  Although Tohaa are in fire teams- they don't get the +3BS- so I'd imagine a well placed camo sniper or TR remote would make their FtF rolls much more nail biting.

The consensus opinion here seems to be that the more orders you bring, the better it is.


I found that this was a definite boon in the ITS environment.  I could soak up shots in the reactive turn (I went second in almost every game I played)- and still have something to come back with.  I dread to think what would've happened with only 10 orders.

If you're going second- you had better have your deployment dialed in perfectly.

I didn't and it cost me dearly.  My one game against a TAG stomp saw me annihilated in turn 1.  Admittedly I ended up giving up as I didn't enjoy the game in the slightest.  More about that later.

I saw some quite good solutions being bandied about by a few armies- camo attack by ADHL being a classic!

I did try hacking- but the high BTS of TAGs and my own rather puny WIP with no buffs meant a pretty clear outcome.  Smacking them with HMG rounds eventually does the job but it's order intensive and very much prone to luck due to high armour defence.

So have a plan for TAG stomping. And if you're Morat- sorry- you'll have to do it the hard way!

4) REDUNDANCY
I can't stress how important the concept of redundancy became in this tournament.

I had successfully killed the Swiss Guard AND the Aquila Guard in turn 1- only to get hammered by the Bolt link team (who admittedly got a bit lucky).

Losing my link team pretty much meant game over.  I could compensate a bit- with my Kurgat Engineer and the Yaogat Spitfire- but I simply had no strong offensive alternative.

I have thought long and hard about substituting Sogarats and Suryats but the overall expense of the Morat troop choices rules them out.... when playing ITS.

CASUAL PLAYER?  I HAVE THE DEATH SENTENCE IN 12 SYSTEMS....

The main difference I noted between this and my previous tournament experience was the difference in atmosphere.  It was tense and competitive.  This was NOT going to casual dice rolling.  The WAAC was out of the bag and it was a bit off putting.

That being said, most people were fun to play against- so blocking out one particularly unenjoyable game- the others were good games.

If you attend a tournament you are going to have to expect a degree of rules quibbling, line of sight arguing and other such ickyness.  This will be in all games.  I'm going to stress that again- it will be in ALL GAMES.

Some players will take that to the next level- and in that game, I was thankful that it finished quickly.

I think I bring too casual an attitude to play.  Which is perfectly fine in any environment EXCEPT a tournament.  I don't even necessarily think that's a bad thing- or a good thing for that matter- it simply just is.

Be prepared!  "Friendly" may turn out to be a euphemism.

If there are any budding tournament players out there- I'd suggest getting a good laser pointer that can  cast a nice dot as well as a straight line across the table.  There were a few queries that could've been easily solved with a laser pointer... rather than continually referring to the TO to adjudicate.  Some games are going to be like that- ESPECIALLY when it's a game changing unit about to get creamed.

Without the helpful laser, I just ceded the point to my opponent and targeted something else.  Yes, yes- I should've sought out a TO's ruling and walloped the enemy.  I can hear you saying it.

But it's toy soldiers on a make believe planet being pushed around in a basement gym... come on now....

So yes, get yourself a laser.  It helps smooth out the game.

MEET OTHER PLAYERS & PLAY OTHER ARMIES!

This had to be the highlight of the tournament for me.  These were guys who were great painters, savvy players and good sports to boot.  There will be the level 99 sperglords (of course) but there are also lots of socially well adjusted guys as well.  The game I got trounced the worst in- I actually had the best time- so the people you play against makes a huge difference in your enjoyment of the game.

I hate being prescriptive- but I really do think you have to play every scenario in the book a few times each to get a good feel of what each scenario is about.  I found Life Blood confusing and essentially gave away the game as I struggled with understanding what it was actually about (and going second!). 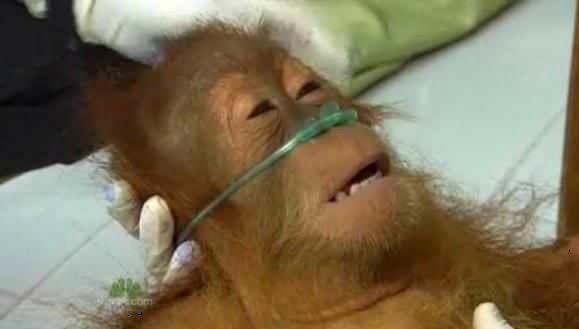 Well, having a completely unadulterated ITS2014 experience- I have to say that Morats are going to struggle.  High basic troops costs mean if you're packing in specialists- you don't have much (if anything) left over for hard hitting/ sneaky troops.

This worked out ok for me in some cases- but it was mostly a critical vulnerability.

Tournaments... still making up my mind about them.  I suspect I am just a casual player and if I want to play in tournaments on the regular I'll need to turn this into something more than a hobby I dip my toe into.

Will this mean VASSAL, 5 games a week, every scenario played 5 times and endless number crunching on the dice calculator?  Probably not, but it definitely needs to be more than what it is currently.

That being said, I still won a prize!!

Morats... even when losing, still walking out a winner.

I'm interested to to see what N3 brings to the angry Space Monkeys, but regardless of whether it's good or bad... never fear, the Morats will continue with their long march into Infinity and beyond!
Posted by Derfeonidas at 6:24 PM